Parenting Reflection: I felt like my child was changing, it is me. 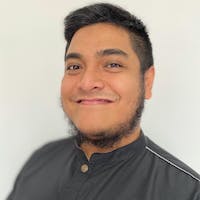 I have a 3-year old and a 5-month old as of this writing. Yesterday, I had one of my toughest moments while being a parent of two.

What I mean by "your child is changing"

DH was behaving in a way that I was classifying as defiant. Instructions that used to be easy were suddenly taking a few too many times of repeating before they were heeded. DH was changing.

Why it is because of you

I realise that when I have something planned that will start after I am done with my kids, I do not behave as I should.

A real-life example of this would be as such;

I plan with my boys to do some gaming at 11 pm. DH begins his night routine at about 9 pm. He will be in bed, ready for storytime, by 930 pm. However, depending on his activities and his food consumption during the day, DH would react to his routine differently. Sometimes he takes way too long to sleep after his storytime, which is time for us to be quiet and fall asleep, and sometimes he sleeps within 5 minutes.

The uncertainty of the time it takes to have DH sleep is just part and parcel of being a parent. We are dealing with a little human being and we can only control so much. However, the thing that I have failed to control, until now, was my mood over this scenario. This is why it is because of you. It has nothing to do with him and everything to do with you and your agenda.

What you can do about it

Oh, you want to do some gaming but you don't have time for it while your kids are awake so you wait till they're asleep? Adding to that, the earlier he sleeps the more you can game, so you secretly want him to sleep early, right?

This is why it is exactly because of you. Remove your agenda while dealing with your kids. Remove the idea that they are holding you back from doing what you have to do. Remove the desire to get things done with your kids early so you can do your own things.

Focus on them like how you would want them to focus on you when you're old. I am glad I realised this sooner than later. Alhamdullilah, Praise be to Allah.